What is A Smart Home? How To Setting Up? 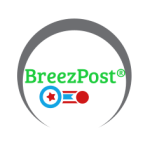 Were there moments when you were away from home when you had some nagging doubts as to whether or not you have turned off the electric stove? Were you also doubtful about the security alarm? Do you believe that your kids are actually doing their homework and are not wasting their time in watching TV?

Setting up a smart home means you can now put these worries to rest. Using your smart phone tablet, you can now connect appliances and devices in your home so that these machines can communicate with you or to each other.

Any appliance or device that consumes electricity can be placed in your home network, hence, even under your command. You can give this command by using a remote control, by merely speaking or by using a smart phone. Imagine having your appliances react to a mere push of a button.

Majority of the applications can now be connected to home security, lighting, the thermostat , entertainment and home theatre regulation. This all used to be a quirky industry that sold hard-to-utilize products but is now maturing into a practical consumer trend. Since this is so, it is projected that automation system sales is set to climb up to $9.5 billion by the year 2015. CNN reported that by 2017, this number could swell to about $44 billion.

There is nothing surprising about the ever increasing sales numbers since smart phones and tablet computers have become so successful in the market. Such portable devices are now practically everywhere and the uninterrupted Internet connection spells the ability to control other online devices. These days, the Internet is the hub of such marvelous activities.

The smart home has a long and colorful history. Many years reflect the different technological trends that have come and gone. The beginnings of the first few smart home products were in 1975 when X10 was introduced to the market. X10 have connected different products that can talk to one another using electrical wires. The appliances acted as receivers and also as the means to control the system. The transmitters are keypads and remote controls. Back then, turning off a lamp in a different room means using a transmitter to issue the message with the use of a numerical code. All these wonders were designed to take place in less than a second.

X10 came with limitations, though. It was not always reliable to communicate using electrical lines as the lines had static noise as more devices were powered. The X10 was also not capable of interpreting electronic interference or worse, it did not receive any commands at all.

Other technologies were born and they soon competed with X10. Today, instead of using power lines, a lot of new systems now utilize radio waves in order to communicate. This is exactly how WiFi, Bluetooth and cell phone signals are being operated.

The use of a wireless network offered more flexibility for appliances and devices. Like electrical lines, though, there may be moments when there would be interference. The great news is that there is also a workaround for this. Dual mesh networks make use of both the radio waves and electrical wires to transmit data. If the message is not able to pass through one platform, then the other would do the job.

The device does not route the message but will broadcast it where many devices will pick up what is being communicated. This does not stop till the command has already been performed. If you are eager to have a smart home now, it is wise to speak with a licensed electrician. The network should be set up by a trained professional. Through them, you can enjoy benefits such as thermostat control, light control, assurance of locked doors and many more.

How 5G will will impact India

Colors Everywhere: The Role Of Color In Interior Design

Home Renovation Cost – Is It Something That You Can Afford?

Ways To Use Solar Lighting in Your Residential Landscaping